It’s been a big week for me. I finished 75% of my Camp Nanowrimo word count goal, launched Fictionary, and created a Fictionary explainer video. Exhausting but truly fun. 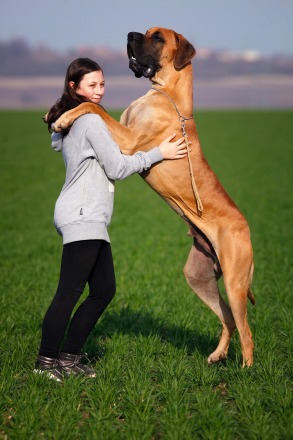 Daisy, a Great Dane, has a key part in Evolution. The story is written from Jaz Cooper’s point of view, but Daisy has a “big” role. I’m having lots of fun with her character. Can you see the slobber?

I’d love to know if any of you have written from both first and third person point of view and what challenges you faced. Any tips are most appreciated.

What does Fictionary have to do with Camp Nanowrimo?

I’m going to use Fictionary to do a big-picture edit on Evolution. I created the online tool for writers because I wanted a tool to help me edit the structure, not the words. Now I’m happy to share that with other writers who want to create a great story readers love. You can try Fictionary for free! 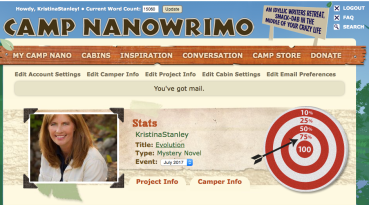 I reached 75% of my word goal. That’s 15,000 words. 5,000 more and I have my first draft of Evolution done. Anyone else doing Camp Nanowrimo? Let me know in the comments how it’s going.

My first ever video is now on Youtube. It explains what Fictionary does. Creating this was a learning experience for me. I made the video on Youtube, then edited it using iMovie, then uploaded it back to Youtube.

There always seems to be a new challenge, but wouldn’t life be boring without it? 🙂