Welcome once again to Mystery Mondays.

I first connected with Carol Balawyder when she graciously agreed to have me guest blog on her series HOW I GOT PUBLISHED.  DESCENT had been published less than a month previously, and I was nervous about guest blogging. Carol’s generous nature made it easy for me, and now I feel very lucky to have her guest blogging on my series.

Carol writes the The Getting To Mr. Right series.

THE PURPOSE OF SUBPLOTS by Carol Balawyder

Thank you so much Kristina for inviting me as a guest on your Mystery Monday series. It’s a true honor for me to be in the midst of so many flourishing writers.

In my writing, whether it is women’s contemporary fiction or crime genre they both have in common a subplot which deals with the complexity of domestic relationships – specifically, relationships between an adult and his/her parent and the dysfunctional behaviors they can get tied up in.

For example, Getting To Mr. Right looks at how a daughter’s relationship as an adult is influenced by an emotionally or physically absent father. While researching this subplot I found a number of clinical studies to be of a valuable resource on the consequences of an absent daddy which I have used as foundation for the subplot.

Adding a subplot to the main plot gives depth to the character; the reader gets to know him/her more intimately.

This, I found to be especially true for a series. How many of us have wanted to read book 2, 3 or 8 of a series not only for the thrill of the story or mystery but also for wanting to know more about the protagonist’s personal life? Through the intricacies of the subplot readers become hooked on a series.

Subplots can enrich a novel and add tension. They give insight into a character’s personality and value system. They propose ground upon which a reader begins to build trust and sympathy for the character because s/he has a deeper understanding of him/her.

Subplots create a link from one series to the next and, as readers learn more about the characters’ personal life they begin to care more about them. To treat them as literary friends and sometimes even become their fans.

In some cases subplots help speed up the pace while in other cases they might serve to provide a breather to the action of the main plot.

Perhaps most importantly, subplots add to the suspension of disbelief.

I’ll give you an example drawn from my crime novel in progress. The protagonist, a nineteen year old girl, develops an intense and obsessive relationship with a man she meets on a train; she is ready to do anything to keep him even if it means leaving her distressed mother, turning her back on a career opportunity and murder.

Not such a nice girl, you might think, and rightfully so. But the subplot of addiction and its effects on the entourage supplies a different outlook.

Our nineteen year old protagonist, since very young, has been forced into the role of being caretaker to her heroin addicted mother. Research has shown that children who are flung into this kind of role grow up with a warped sense of self, lack of confidence and mounting frustration. Thus, the subplot adds credibility to the protagonist’s actions and irrational behavior. Although we might not condone some of her behavior we can understand. We believe that the protagonist is capable of doing what she does because of the world she lives in. We willingly suspend our disbelief.

Finally, as writers we need to make our characters come alive on the pages of our novels. Subplots are perfect opportunities to do just that.

My Getting To Mr. Right Series: 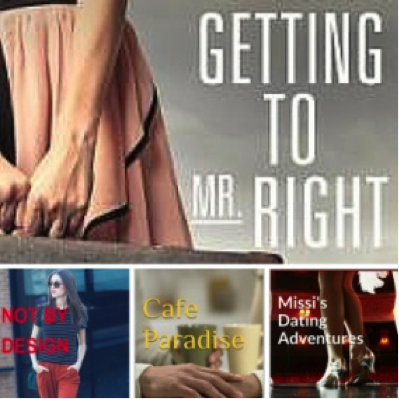 Carol Balawyder has taught criminology in both Police Technology and Corrections Programs for 18 years. Her area of expertise is in drug addiction and she worked in a methadone clinic with heroin addicts. She is very much interested in the link between drugs and crime and the devastating effects addiction has on the addict’s entourage. She has published short stories in The Anthology of Canadian Authors Association, Room Magazine, Entre Les Lignes, Mindful.org. and Carte Blanche. She regularly writes book reviews on Amazon and Goodreads.