It’s amazing to me that each week an author generously shares wisdom about writing and the writing industry and this week is no exception.

If you’ve been needing a plan to get your work published, read on…

Any time I do a book-signing event one of the first questions I get is, “What is the toughest part about being a writer?” Some would say finding an agent or a publisher. Others might say dealing with all the rejections that go along with finding an agent or a publisher. But my usual response is—formulating a plan and sticking to it no matter what. Doing this can make those other two things much easier and achievable.

So what do I mean about a plan? Well, I mean setting achievable goals and attacking them one at a time. One completed goal should lead to the next, and the next, and so on until you have a complete manuscript in hand and a stop-them-in-the-aisle query to go along with it.

Before I break these goals down for you, let me mention a few things to help this process along. First, you should treat your writing like a job. Our lives are crazy, but if you are serious about writing you should carve out a time to write and try to stick to it. Some folks write an hour or so early in the morning before the day really starts, others write at night after the family has gone to bed. I write 8-10 hours one day a week. Whether it’s one paragraph, three chapters, or just reference, I stay at it for 8-10 hours. One day a week doesn’t sound like much, but I get a lot done in that one day. For example, my Ernie Bisquets Mysteries are English cozies, so they are quirky and enjoyable to write and I can complete an 80k word manuscript in 6-8 months. The Auburn Notch Mysteries are a little darker and have much more research involved, so an 84k+ manuscript may take up to a year. Whatever your preference, stake your claim and stick to it.

Second, you really need to know your characters. Character mapping is incredibly important and something you should invest time in before you get too far along in the process. Think of this as filling out an on-line dating questionnaire, adding in as much detail as you can. This is also a living document, so you can adjust as needed as your story progresses. I take this one step further and map each character’s relationship with all the other characters. There are a number of character mapping apps out there. I use one more suited to screenwriting because I like the character-to-character relationship aspect.

Third, try working from an outline. Even if it is just a few sentences for each chapter describing what’s going on, I find doing this helps me plan out the whole book and keep track of what’s next.

Now, onto those goals.

First Goal: Write your story. I don’t mean labor over every word, or second guess the affect of your foreshadowing, or wondering if your protagonist still has the same color hair in chapter seven as she does in chapter one, etc. What I mean is right your story. It’s a first draft. It’s going to be short and it’s going to be terrible, but that’s ok. Just get the whole idea out of your head and onto your laptop. Someone told me a long time ago that 90% of writers never get their work published for one reason alone—they give up. They get so bogged down in the details while they’re writing the first draft, or worrying if their work is good enough, that they just give up. Some would see this as a daunting statistic, figuring if 90% give up what chance do I have? If you’re like me, I figured I just eliminated 90% of my competition. I was quite sure my writing skills were as good as or better than ½ of the remaining 10%, so I just got to work and finished writing my story. Check off Goal #1.

Second Goal: Walk away. Put the completed first draft aside for a month. This is important. You need to look at the story with fresh eyes before you start the editing process, and the best way to do that is to walk away from it. Spend this time researching potential agents/publishers for your book. Get a complete list together, so when you’ve finished the book completely you’re ready to start the query process. And do not start the query process until the book is polished. Check off Goal #2.

Third Goal: The editing process. With a hot cup of whatever, you sit down and start back at the beginning and read what you’ve written. Read through the whole story a few times making notes along the way. This is the time when you take that rough first draft and turn it into a compelling story. Define the characters, establish the conflict, and embellish the details. Add weight to your writing. My favorite part of this goal comes at the end of the second draft and I go back to the beginning and start the “was” edit. This is the time to sift out the passiveness from the story and increase the word count. Do a word search for “was” and start the edit. For example:

My original sentence: It was just after 4:30 when Promise returned to the office and found Hank waiting for her.

The edited version: The long shadows of the cool, late afternoon stretched across the busy Main Street leading Promise into her office, the very tip of the shadow resting beneath the tapping foot of her deputy, Hank.

No “was” any more, and you’ve done a little show don’t tell in the process. We’ve also gone from 17 words to 34 words. It’s amazing what you can do with a single word when you try.

I’ve written a couple books requiring only 2 drafts, but three other books took a third and forth until I was happy. Everyone is different; so take as long as you need to get it right.

Forth Goal: Hire an editor. Most new writers don’t want to hear this one, but it is incredibly important. Look at it as an investment in yourself and your work. Do a little research, find a reputable editor, and turn over the manuscript once you get to your final draft. For the few hundred dollars it will cost you, the return on investment will be worth it. Together you will polish the manuscript and get it ready for submission.

Fifth Goal: The Query. To some extent this is more important than the entire book. On one 8.5”x11” piece of paper you are going to dazzle an agent with your hook, and then draw them into your story with a brief paragraph or two describing your characters and the conflict they’re struggling with to reach the resolution. Writing the query is a post in itself, so I’ll just leave you with the knowledge of how important it is and leave the how-to for another post.

Thank you so much for inviting me to share my writing experience with your readers. It’s been a delight being here. 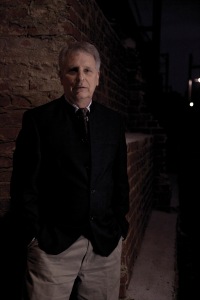 CARLISLE, PA. – Sunbury Press has released Between Good and Evil by R. Michael Phillips, the first in the Auburn Notch Mystery series.

Promise Flynn was an overly impulsive Metro Detective whose disregard for procedure finally resulted in her being shot and left for dead during an investigation.

To repair her bruised ego and splintered confidence she abandons the dark alleys of Chicago to patrol the quiet, birch-lined streets of Auburn Notch.

For two years everything was idyllic, until the body of a young girl found in the abandoned asylum outside of town awakens the insecurities she thought her new life would insulate her from.

As the new Sheriff she begins her investigation, oblivious to being unexpectedly recognized and penciled in at the top of a clever murderer’sTo- Do list.

reputation, along with an FBI agent chasing down a lead in a cold case.

Both men quickly become entangled in Flynn’s investigation and her attempts to finally put her past to rest.

Praise for Between Good and Evil:

“It’s such a treat to start a new Phillips mystery…He gracefully brings new people into our lives, giving us time to get to know who is who. The dark yet very real worlds of his characters are so clearly defined that you are sucked inside and grabbed along in a slow-building rise of anxiety and danger…”

“R. Michael Phillips has an incredible hand at descriptive detail: clothing, rooms, scenery. It leaves a flavor for you to sample and settings you can envision stepping into…”

— June Lorraine Roberts, Murder In Common About the Author:

Michael is a classically trained artist turned mystery writer. He has written three books in his first series, The Ernie Bisquets Mysteries, and has released the first book in his Auburn Notch Mystery series, Between Good and Evil.

When he’s not painting or writing Michael is an avid antique collector, filling his home—an 1894 Queen Ann Victorian he, his wife, and son are restoring—with antiques from around the world. Michael also enjoys cooking, working in the garden, and playing in the yard with their two rescues, Beau and Pup.