Setting Up Suspects by J.D. Hawkins 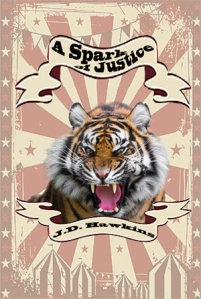 In mystery and suspense writing, the last thing a writer wants to do is to make it obvious who committed a murder or perpetrated whatever crime or event that is at the heart of the story.

There are different ways to lead the reader through a labyrinth of clues in a way that will provide plenty of the mental exercise of working it out that most mystery readers crave. One method is to have the perpetrator hide in plain sight; someone close to the main protagonist who appears to be above suspicion until a sequence of clues slowly begins to reveal that all is not how it seems.

Another approach is to single out an innocent character and make them look like the guilty party, diverting attention away from the real culprit until the very end. Sometimes these two techniques are used in combination to good effect.

My own favorite process, however, is to set up several suspects, each with a possible means and motive, so that the reader is kept guessing until the very end. This scenario has been used by some of the most famous and popular mystery writers of all time; Agatha Christie and Arthur Conan Doyle to name two. Especially in the realm of murder mysteries, the story quickly becomes a whirlpool of clues and diversions that lead the reader (and the protagonist) on a merry chase to sort out what is relevant and what might be a decoy or distraction from the real solution.

In A Spark of Justice, my protagonist is an insurance investigator who has to determine whether the death of a lion tamer was an accident or a premeditated murder. This gave me a lot of scope for presenting alternative possibilities. Like many writers, I drew from my own past experience that made me aware of life within the circus environment to depict a closed society of people who would make the investigator’s job more difficult.

I also set up several possible suspects; the jealous and possibly unfaithful wife, the mistress who might have discovered that her lover had led her along with false promises, various co-workers within the circus environment who might have carried their own grudges and not least of all, the possibility that it had actually been an accident. Investigator John Nieves has plenty of motive and opportunity to sift through, while also confronting questions of his own identity and desires for his future.

A good mystery story has multiple levels so that the reader gets to know not just the protagonist, but also all the main suspects. They become familiar, like people known in real life. Whether they would be capable of murder provides food for thought and speculation.

In the circus world I chose for my story, the deadly predators; the big cats, provided an additional level of familiarity with a non-human form of character as well as an alternative possibility; was it just a fluke of circumstance in a high risk profession where a wild animal was only doing what came naturally? As a cat lover myself, I have to confess that including the big cats among the characters my readers get to know was a pleasurable indulgence, as well as a source for comedy value. The pranks played on the investigator by the circus people add a sense of fun and adventure to what would otherwise be a very serious situation. Bringing the Circys (circus people) under suspicion also added conspiracy to the list of possible solutions.

The art of mystery writing is in setting someone up. Whether the antagonist appears to be an innocent party, one of a collection of suspects or a bystander who the reader doesn’t give a second thought until the big reveal in the final conclusion, someone gets set up to take the fall. Half the fun of reading in this genre is to try to work out who and why. The writer’s job is to answer those questions before the end, as well as providing a stimulating story and memorable characters to love, hate or fear along the way.

In my next book, Sabertooth, it is my characters who face the mystery. Are the murders in Los Angeles being committed by a serial killer or by an animal? The readers may think they know the obvious answer all along, but in the end, they just might be wrong.

WHO IS J.D Hawkins?

J.D. Hawkins is a native of Los Angeles where most of his stories are set, but has also lived in Hawaii and the Midwest States. He spent part of his youth traveling with a carnival and has lived through many real life adventures that include hitchhiking cross country and living through one of L.A.’s more famous earthquakes.

He began writing stories in high school and has turned his hand to writing Mystery and Thriller novels, intentionally devising more original themes than the usual police procedurals and standard murder mysteries.

He once seriously considered becoming a lion tamer and fantasized owning a zoo as a child. He still gives regular thought to becoming involved with a Big Cat sanctuary and this love of wild felines may come out in the plots of some of his stories.

A Spark of Justice:

The Great Rollo had enemies and dirty family secrets. Investigator John Nieves enters the surreal world of the circus, determined to learn if the lion tamer’s death was an accident or foul play, but a series of mishaps suggests that the Cirkys are desperately trying to hide the truth. In his struggle to overcome a childhood fear of clowns and to come to grips with his own search for his Latino identity in a hostile world, even attempts on Nieves’ life cannot thwart him from his obsession to learn who killed the lion tamer.

Buy A Spark of Justice at http://www.amazon.com/Spark-Justice-J-D-Hawkins-ebook/dp/B014AB4BYU

2 thoughts on “Mystery Mondays: J.D. Hawkins on Setting Up Suspects”