Have you ever seen this much seaweed? And how many dogs does it take to pick up a stick? 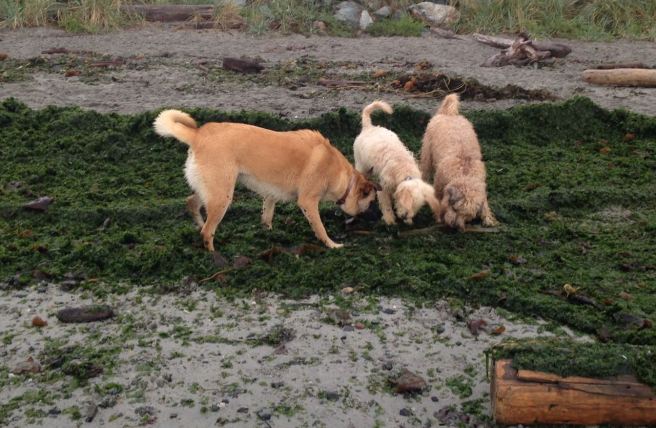 I met two new dogs at the beach. The big one is named Butter. I have no idea who the middle dog is, but she wanted my stick. It got buried in seaweed, and  seaweed is gooey and very slippery.

I had the best angle, but Butter was quicker. She grabbed the stick, leaving the two of us to chase her. By the end of the game, we were all covered in seaweed, which sticks to your hair, by the way.

This seaweed is very confusing. Some days we go to the beach, and there is none. Other days, the sand is covered. But either way, I think I love the beach.

4 thoughts on “Farley’s Friday: What’s In The Seaweed”