I once thought that if I wrote a novel that was accepted by a publisher, I could sit back and relax. Have you stopped laughing yet?

So not true. After being accepted by a publisher, the excitement begins. There are the dedication and acknowledgement to write. There is the bio to update. And there are the endorsements. And so much more…

Asking for an endorsement is a big deal, and that’s when my nerves start to act up.  I’m asking someone else not only to take the time to read my novel but to then write a short summary of what they like about it.

For me, writing an endorsement for another author takes about a week…after I’ve read the book. I know my words will be permanently written on the cover or back cover of their book, so they better be good. Hence the week to write it.

And Who Is The Endorsing Author? 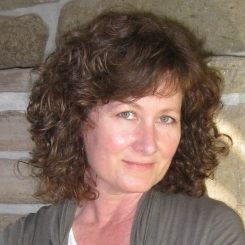 J.P. (Jo-Anne) McLean lives on Denman Island, nestled between the coast of British Columbia and Vancouver Island. Raised in the greater Toronto area in Ontario, J.P. lived in various parts of North America from Mexico and Arizona to Alberta and Ontario before settling on the west coast.

Jo-Anne holds a Bachelor of Commerce Degree from the University of British Columbia, is a certified scuba diver, an avid gardener and a voracious reader. She had a successful career in Human Resources before turning her attention to writing.

J.P. is the author of The Gift Legacy series. Reviewers call the series addictive, smart and fun. Her books include endorsements from bestselling authors, Elinor Florence and Kristina Stanley. The genre is contemporary fantasy. The series has been described as Fantasy Light and is a good introduction to the genre for the uninitiated.

Here is what Jo-Anne has to say about Look The Other Way, soon to be published by Imajin Books.

“When Kristina Stanley takes you sailing, hold on tight. Look the Other Way whips up a storm of suspicion and intrigue in deceptively tranquil Bahamian waters. Stanley writes characters who will capture your heart, fire your anger, make you doubt, and keep you wondering until the end.”

Jo-Anne would love to hear from you. Contact her via her website at www.jpmclean.net or through her social media sites. Reviews are always welcome and greatly appreciated.

You can also find her here: 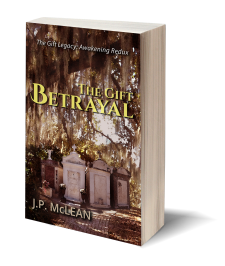 Sign up for her Readers Club JP McLean’s Book News

What’s LOOK THE OTHER WAY about?

It’s the beginning of a new series set in the Bahamas. The mystery takes place aboard a Lagoon 380 catamaran, which happens to be the type of boat I lived on for 5 years.

A year after her Uncle Bobby mysteriously disappears in the turquoise waters surrounding the Bahamas, Shannon Payne joins her grieving aunt to trace his last voyage. Shannon hopes the serenity of the sea might help her recover from a devastating breakup with her fiancé.

Sailing their 38-foot catamaran, A Dog’s Cat, is Captain Jake Hunter, a disillusioned cop who has sworn off women. While Shannon tries to resist her growing attraction to the rugged captain, she uncovers some dark truths about her uncle’s death that might send all three of them to the depths.

Thank you to Imajin Books for once again supporting me!

Imajin Books is a Canadian publisher that publishes suspense, mystery, thriller, paranormal, horror, romance, fantasy, young adult and select non-fiction. They will be open for submissions April 2017, so keep your eye on the website if you’re looking to submit a novel this year.

11 thoughts on “Endorsements And The Writing Journey”