It’s such a thrill to share a new release by Laurence St. John. Laurence and I share the same publisher (Imajin Books), and he’s just one of those authors who helps other authors promote their works.

The following is pretty exciting, so get ready…

TOLEDO, OHIO, March 15, 2018 – Yesterday, more than two million people were killed, including the President of the United States.

The death toll is the worst in the history of America and the world.

This tragic day will be known forevermore as “The Day of Annihilation.”

The CIA has the sole person responsible for the killing of millions and millions of innocent people in custody.

His name is Tyler Thompson – a moral person turned evil. The question foremost on everyone’s mind is, why did he orchestrate this horrific act of terror and how did he pull it off?

This headline is fake news – or is it?

St. John, who hails from just south of Toledo, Ohio, quickly grabs the reader’s attention then poses the ultimate question: Can superheroes really be killed?

Who is this Black Shadow character and who does he want to get revenge from?

Tyler must execute the most grueling choice of his life – save himself, save his beloved girlfriend Kendall or save millions of helpless people and hinder Kelltie’s plan.

In this, his highly anticipated third action-adventure, St. John keeps readers turning the pages up to the last adrenaline-filled moment when Tyler’s fate is determined.

The story is set in New York, Nevada, and Massachusetts, where the action-packed adventure opens your mind’s eye, conveying the sensation that you’re watching a movie.

Metatron: Dagger of Mortality is a novel made for the silver screen ― action-packed, emotional and a gripping story that will leave you wanting more.

Tyler believes a Superhero’s responsibility is to make the right decision then follow it through to the end. But, what if the outcome results in his death?

Fourteen-year-old Tyler Thompson has been in isolation for eight months so he could focus on completing his superhero training. Not even one day after his completion, Master Pat Tanaka urgently summoned Tyler. Pat desperately needs his help, but for what?

Kelltie is threatening Tyler’s destiny of being a superhero by framing him for what will be the largest mass killings in American history and there’s nothing he can do to stop it. She also teams up with Black Shadow, a ruthless demonic figure with his own agenda — to use the Dagger of Mortality and kill Metatron.

Tyler feeling vulnerable gets inspiration one last time from Master Tanaka’s instructor Master Dogmai. Nevertheless, with the Dagger of Mortality in hand, it’s time for Black Shadow to get his revenge. Tyler must render the most arduous choice of his life. He’ll save himself, save his beloved girlfriend Kendall or save millions of helpless people and hinder Kelltie’s plan.

Can superheroes really die? What choice does Tyler make?

“Metatron – Dagger of Mortality, by Laurence St. John sustains constant action as 15-year-old Tyler struggles to stop the relentless animosity of a demonic figure and his accomplice! Sometimes you need to go backwards to move forward…”

“Laurence St. John turns up the heat with Metatron – Dagger of Mortality. This book continues the story of Tyler Thompson and his journey of discover as he masters his powers in preparation of a new evil threat. A can’t miss read for middle-grade readers and young adults!”

Braxton A. Cosby – Author of the award-winning Star-Crossed Saga Series

“Dagger of Mortality’ packs a wallop! St. John blends equal parts superhero and X-Files into a high energy yarn sure to inspire.”

“Teens and adults alike will identify with Tyler and his all too human angst as he executes superhero feats in a way only St. John’s hero can accomplish, with many twists and surprising turns of events in this young adult thriller.”

Metatron: Dagger of Mortality was published by Ogopogo Book an Imprint of Imajin Books and is available in eBook edition at Amazon, Google Play and Kobo. Order your copy today.

It is also available in trade paperback edition at Amazon, Books-A-Million, and Barnes & Noble, as well as other retailers.

View the paperback and eBook links at the bottom of this page. 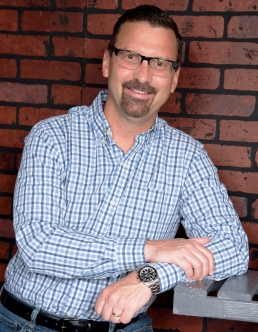 Laurence St. John is currently working on book four and five in the Metatron Series.

For those of you who have dreamed of having super powers like the Avengers or Superman; or special abilities like the force or even cool moves like Neo in the Matrix, you’ll want to check out METATRON: Dagger of Mortality by author Laurence St. John – a superhero novel that sustains constant action as 15-year-old Tyler struggles to stop the relentless animosity of a demonic figure and his accomplice!

Tyler believes a Superhero’s responsibility is to make the right decision then follow it through to the end. But, what if the outcome results in his death?

Laurence is a 1983 graduate of Genoa High School, a 1988 Black Belt recipient in Tae Kwon Do and a 2004 graduate of Owens State Community College.